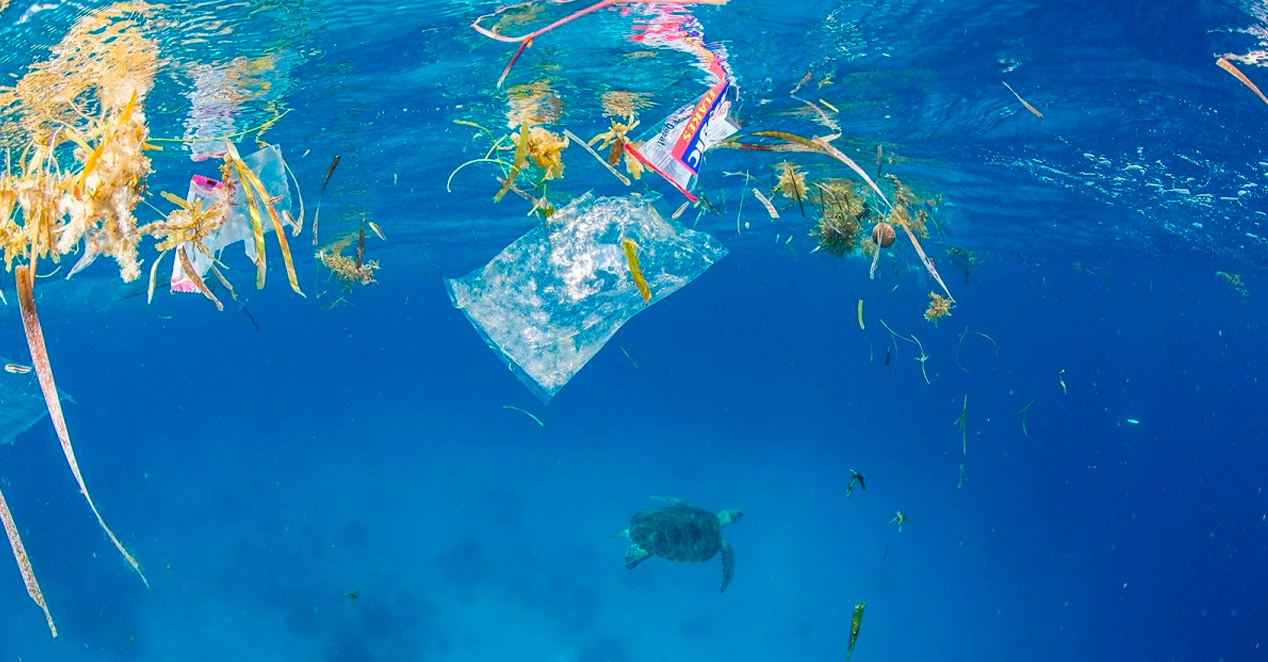 Really, do we eat plastic?

According to data from Greenpeace, in the last ten years we have produced more plastic than in the entire history of mankind. The products we use are made of plastic in whole or in part, which creates a growing environmental problem when it ends up as waste in the garbage because it has a medium durability before completely degrading. It is estimated that by 2050 there will be more plastic than fish in the sea. Plastic fibres have been found at both the North Pole and the South Pole.

In addition, an added drawback is that current plastics depend on a fossil source for their manufacture. According to the United Nations, plastic accounts for up to 90% of all pollutants in our oceans. The problem is that there are still no environmentally friendly alternatives that can replace it in the short term.

Microplastics (pieces of plastic that are less than five millimetres wide) can be formed by breaking off from larger plastics that have broken down over time or by being intentionally made as components of products such as paints, cleaning products, pesticides, cosmetics, etc.

These small plastic particles are colonized by microorganisms, including pathogens, which alter food chains, nutrient cycles and the balance of aquatic ecosystems. We have known for years that microplastics are problematic, but more and more studies continue to emphasize the impact they have on the environment and our health.

Microplastics are extremely persistent, which means that it is almost impossible to remove them from the environment where they accumulate. Due to their persistence and the chemicals from which they are made, studies suggest that they can be very harmful to organisms with which they come into contact and tend to facilitate the transfer of contaminants up the food chain, with potentially harmful consequences serious for human health.

Therefore, the answer to the question we ask ourselves in the headline is yes. Yes, there are traces of plastic in the food we eat. It is common to find plastic in the digestive tract of zooplankton and fish. But also in sea salt, honey, tap water, bread, beer and probably other foods we eat.

Scientists have warned that the situation is out of control. They have found microplastics virtually everywhere they have looked: in mountains, in the ocean, in Arctic sea ice, and in our air, drinking water, and bodies.

In the Canary Islands, the presence of plastic micro-fragments in the water column beyond 20 meters deep has recently been confirmed. They have found microplastics throughout a layer of water up to a kilometre thick.

Although there is increasing awareness in our society about these issues, decisions must be made and act quickly. There isn’t much time left.

You can find out more about which cookies we are using or switch them off in settings.

This website uses cookies so that we can provide you with the best user experience possible. Cookie information is stored in your browser and performs functions such as recognising you when you return to our website and helping our team to understand which sections of the website you find most interesting and useful.

Strictly Necessary Cookie should be enabled at all times so that we can save your preferences for cookie settings.

If you disable this cookie, we will not be able to save your preferences. This means that every time you visit this website you will need to enable or disable cookies again.